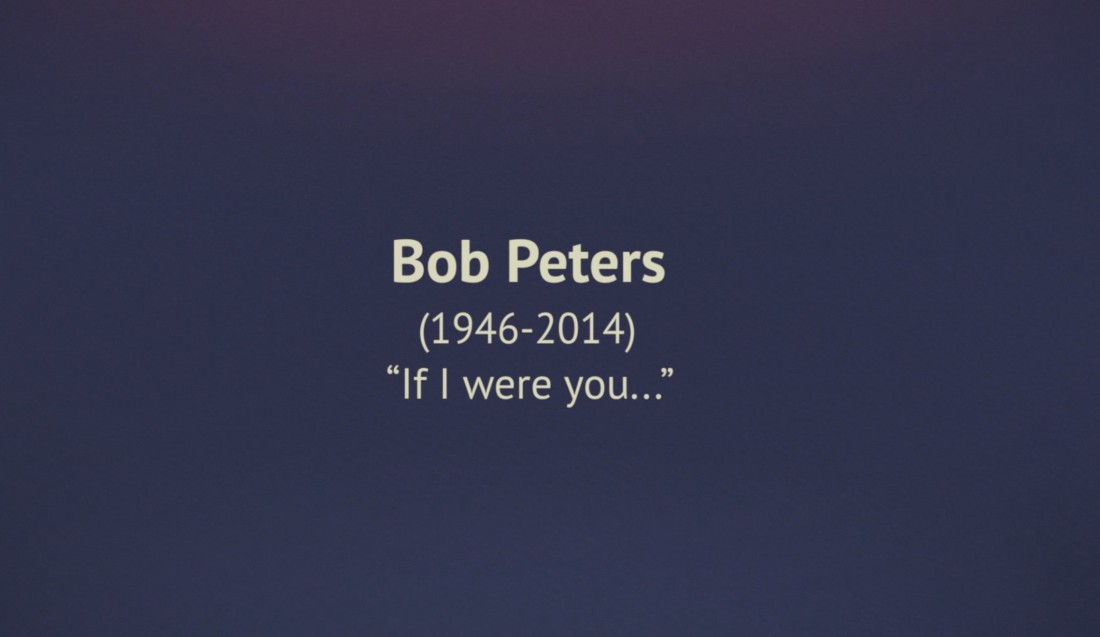 The life of Bob Peters from Darcy Peters on Vimeo.

During dad’s final weeks, he mentioned to me in a conversation that he was worried people would forget him. I told him that it would not be possible due to the impact he had on everyone’s lives and I genuinely meant it.

It’s been just over a year now since he passed and his words are still with me because as much as I meant what I said, I know he still thought of it. As a result, I’ve been wanting to do something as a way to keep his memory alive in the years to come. I wanted to summarize his life and the people in it and I decided to make a short video comprised of photos and videos because pictures really do tell a 1000 words. Dad experienced a vast amount of things in his 68 years on this planet and I knew it would be hard to do his life justice in two and half minutes. As you can imagine, it was not easy to hand select the photos as there were a lot of people in his life but after many review sessions, I chose what I thought were the best pictures out of the selection that I had.

As most of you know, Dad loved listening to music. While he enjoyed the rhythm, he loved lyrics and often pointed out meanings to songs that many of us did not know. As a result, I took my time in choosing the right song and I finally settled on one called “Make It Last” by Tim McMorris. Tim is a Canadian artist who does some amazing work and dad enjoyed the songs I’ve shared with him in the past. Not only are the lyrics in this song appropriate for dad, the style is upbeat like he was and it also reminds me of his fondness for whistling.

This project as a whole has been cathartic for me as I’ve had to work with all the source material on a near daily basis for the past few months. Each time that I would work on it, I would grieve a bit as I do still miss him but have come a long way in living with him not being around. At the end of the day, I feel I’ve done right by him and have honoured something that was important to him. I hope you enjoy it and that it triggers good memories that you may have shared with the man known as Bob Peters.

I want to stay here with you
Under sunny skies, lookin in your big brown eyes
Time goes by but my heart stays true
And every smile you give, your love it shine right through
And in this moment…

Everybody seems to think that all good things come to an end
But I won’t fall for that, oh no, forever you will be my friend
And no one else can make feel the way you without effort do
And you are mine, for now and always, and always know that I love you