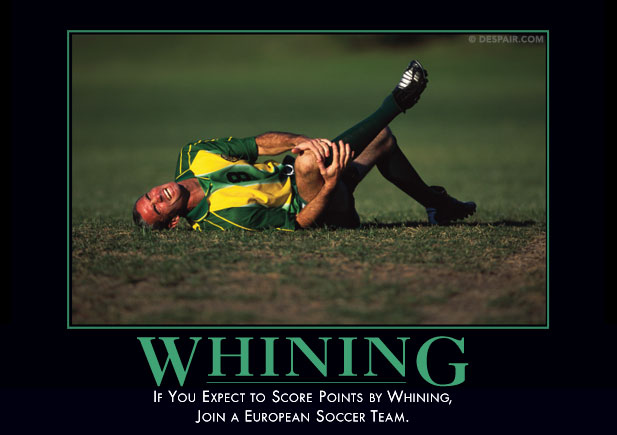 I stumbled upon the Despair, Inc. website back in 1999, and their message resonated with me as I had seen one too many of the motivational posters from the company known as Successories. Based on the fact that Despair.com is still around today, I believe that other people felt the same way about all the “wish it and it will come true” type of thinking that seems to be persist in our culture (hint: hard work goes much further into achieving your goals).

Despair is known for their annual “Demotivational” posters which parody all the motivational posters ones you see in boardrooms. When you see a motivational poster that has a picture of an eagle on it with an inspiring catch-all quote, you will be happy to know that there is a Despair demotivational poster equivalent. The poster will still have a picture of an eagle but the caption talks about how things really work in the world which is not all that inspiring as you can imagine but it’s pretty darn funny. Don’t get me wrong, the world is full of positive experiences but they can only be appreciated because of the equal amount of negative situations we have all experienced. Even the brightest light will cause a shadow when it falls upon something.

So with that small introduction over, why don’t you head over over to the 2013 demotivator collection and check it out. In the meantime here are a few of my all time favourites.