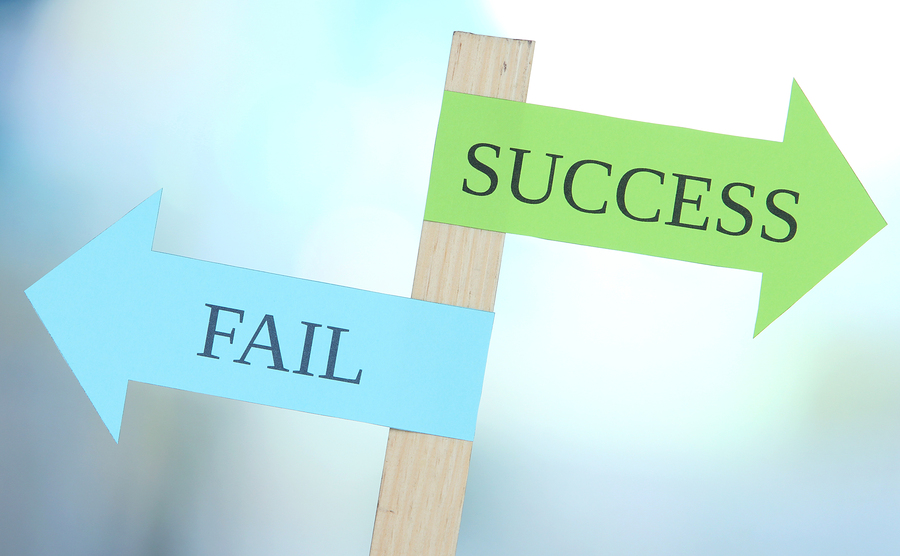 The Popularity of Failure

I’ve always been curious as to why people appear to be more interested in other people’s failures vs. their accomplishments. Is it out of curiosity? Is it because deep down inside they feel better about themselves if they see other people fail? Or is it perhaps because some people just delight in the genuine misfortune of others? A quick search on the web brought up similarly worded questions that were left unanswered and I also found a few sites that lend support to my initial thoughts.

Many moons ago, I came across this quote and I keep going back to it.

I started to ask myself, do we put the failures on the front page as a way of socially shaming those who have done wrong or is it because bad news sells more? Unfortunately, I tend to think the latter but I hope the origin of this practice would have been the former. I’ve always been more drawn towards people’s accomplishments as I find them inspiring to see what people can achieve. While I realize that we can indeed learn from our failures, I do not see the need to celebrate/mock them in the same sense that we do with our successes.

Online, the word fail simply means ‘You suck’. Epic fail means ‘You suck big time’. While it can be used jokingly, it can also be used to insult others and the word is used heavily for depicting photos and videos of people screwing up or hurting themselves. Probably the most well known site for documenting fails is the ‘The Fail blog’. To see a slew of fail videos, head to YouTube and a search on ‘fail compilations’.

Early on, social media picked up the practice of spreading embarrassing photos/videos and I’m sure lots of friendships were put to the test due to this practice. These days, there is some etiquette on what is acceptable to post and what is not. Sure, there will always be the yahoo who pushes things too far but by in large, people are smarter about this now than they were 10 years ago. Years ago when “America’s Funniest Home Videos” (AFV.com) was popular, the show depicted a combination of cute/fail videos for people to laugh at. I was never a fan of the show back then but I was surprised when I happened upon the show recently (can’t believe it’s still on) and noticed how focused it now was on fail videos. If you don’t know what fail means, check the side note. I realize that AFV is competing with YouTube and the rise of the Fail Compilation videos is eating into their market share but to have a show devoted entirely profiting off others misfortunes is a bit much I think. Then again, I guess it ties in with the culture of reality TV, tabloids and gossip sites. Granted there are those who enjoy those mediums for entertainment but I’ve never seen them as positive social forces and tend to stay away from them.

Over the years, inexpensive recording devices and easy to use video editing software have paved the way for the rise in compilation videos for both accomplishments and failures. While there are many fail compilations on YouTube, I’m happy to see an equal number of accomplishment videos as well. A simple search on “People are awesome” will bring up a number of videos where you will see people performing amazing physical and sport related accomplishments. These types of videos are so prevalent now that they are simply known as PAA (people are awesome) vids.

Check out these two great “People are awesome” videos

I can’t say with certainty why watching people fail is so popular and maybe I’ll never know. What I do know is that we’ve all done dumb things in life and, hopefully, learned from it (thankfully cameras and social media were not around when I was younger). While sometimes rehashing a harmless mistake can be funny and good for trash talking with your friends, I don’t think the visual of someone being hit in the head with a baseball is something that everyone needs to see repeatedly but that’s just me.

What do you think?