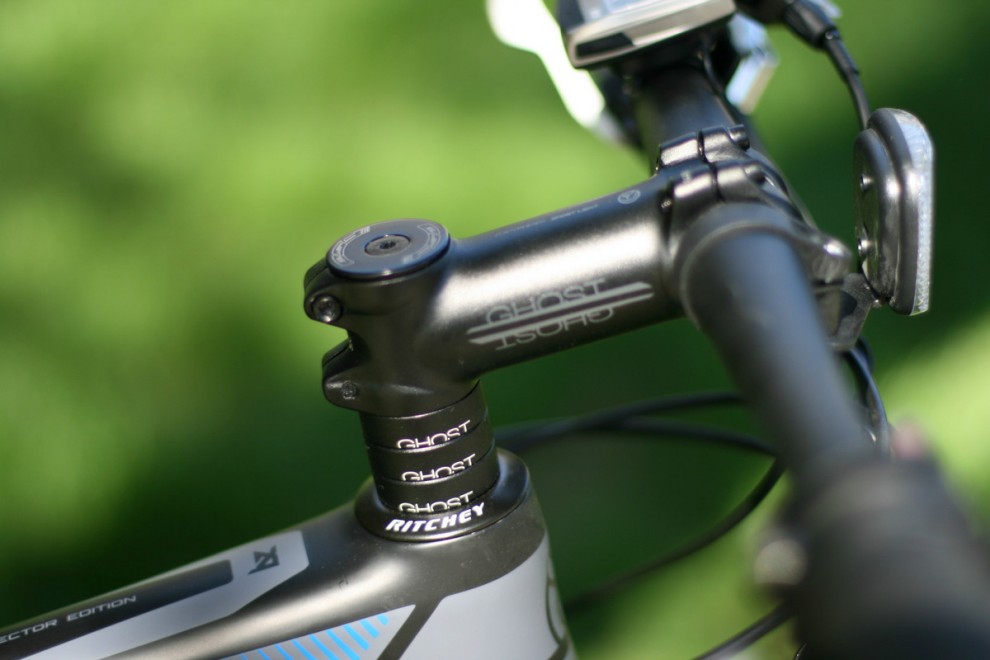 So last summer, you might remember that I cracked my frame on my Schwinn Homegrown and after a suitable mourning period, I found myself looking around for a new bike. I ended up donating the Schwinn to a bike recycle shop here in town called Re-cycles and, I’m going to be honest here, I got a bit teary eyed as I left my bike there and walked away.

Most people would say that it’s only a bike but when you spend 15,000km riding one, you come to know it and you have a lot of good memories associated with it. I’m quite certain that the good parts on the bike went to people who could really use them and for that I am happy.

With my old bike gone, I started my search for a new one. After enough research, I eventually settled on a model from Ghost Cycles. They are a German company that make some pretty slick bikes and their exclusive dealer in Canada is none other that Mountain Equipment Coop (MEC). I had to talk to MEC head office to special order my bike as the model I wanted wasn’t one of the standard ones they carried in their stores. MEC still was still carrying the 2012 models while Ghost had their shiny new 2013 rides up on their website.

You would think that by ordering in September that it would be enough time for the bike to be manufactured and shipped so that I could have it by the middle of April right? Wrong. So the long story short with that is that I waited 8 months to get it all the while being told that it was being shipped ‘next week’.

The people at MEC were fantastic throughout the process and they had very little control over the process so I harboured no ill towards them. In the early days of May, I received a call from MEC HQ and they told me the order would not be fulfilled but wanted to make amends so they cut me a deal for getting another bike (of which they had 5 in stock across Canada). In anticipation of the order falling through, I had eyed up the models that MEC had on hand sure enough, the model they suggested was same model as the one I had taken for a test ride not 15 minutes earlier.

I took MEC’s offer and after a few days of working things out, I got my bike and I have to say that it is a beauty. If you are into bikes, you can check the specs here but for those who want the summary, it’s a sleek carbon fiber beast that is 99% XT components. It’s 29″ wheels may not allow me to crush SUVs like a monster truck but they definitely offer a leg up for rocks/roots over it’s diminutive 26″ brothers.

Frankly, This is going to be a big change for me as I’ve never had a carbon bike, never used disc brakes and have almost no experience with 29″ wheels. Suffice to say, that I’m pretty anxious to get intimate with this bike over the coming summer and look forward finding an apt name for it. Hats off to Ghost for making such a gorgeous bike.

Update:  July 7 – 2014
I’ve had the bike now for over a year and I can only sing praises of it.  The 29″ wheels are great and it was a move I should have made years ago. My suspension lockout system gave me a bit of trouble but during my 1 year annual checkup at MEC, they replaced it for free as there had been a recall from the fork/suspension manufacturer.  The Ghost HTX Lector 2977 was well worth the investment.