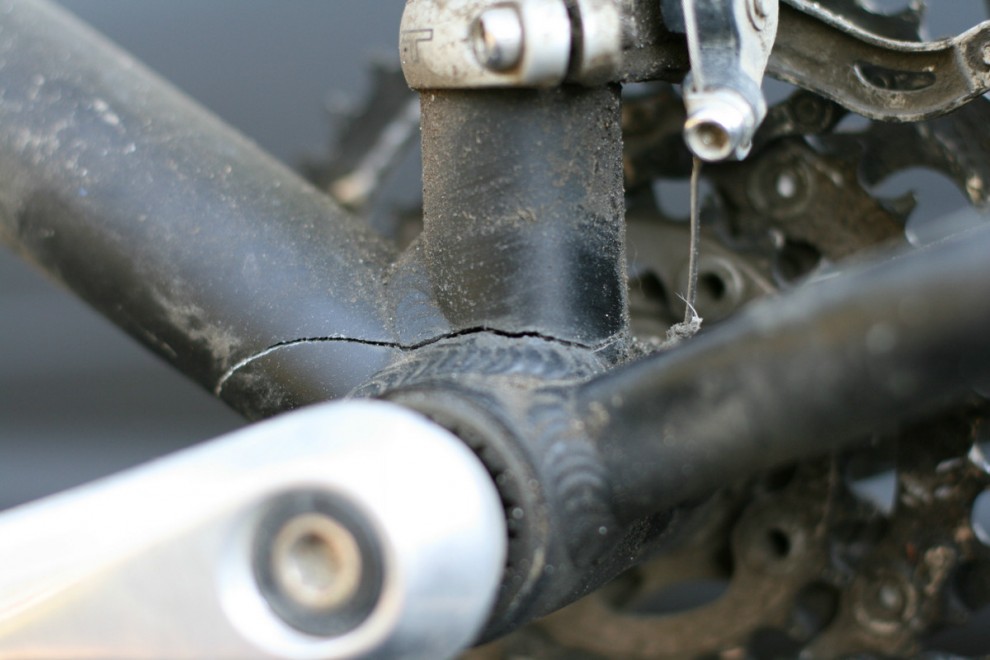 I love mountain biking.  Plain and simple.  I never realized how loyal I was to my bikes but it only occurred to me this past week.  You see, I’ve had 4 bikes in my 25 years of mountain biking and I still see the first two as I made sure they had good homes to go to once I upgraded to a newer bike (which happen infrequently).  I currently run with two bikes.  My Schwinn Homegrown Factory (a hard tail I use for cross-country riding) and a Gary Fisher Piranha (a commuter bike).  I traded up to my Schwinn Homegrown from a Gary Fisher Paragon, a decision that I never felt completely comfortable with, and knew that the Schwinn was a beautiful bike indeed.  That was back in 2000.  Over the years, I’ve seen the new gadgets and upgrades come out but I silently sat back, content with what I had and I had no intentions to part with it as it represents to me the last years of Schwinn and the quality they were known for before they were sold off and their brand name was cheapened by inferior bikes that were mass marketed through big department stores.

Well all that changed in a single pedal stroke last week.  I was racing home one day and was weaving

in and out of the other commuters when I found myself in the situation where you just have to put on a burst of speed to pass a few people and then get back into your lane to avoid the oncoming bikers.  It was during the burst of speed that I felt and heard a  loud noise coming from my bottom bracket area of my bike.  All of a sudden my left pedal was not turning so smoothly and my front rings seemed to be out of alignment.  “Oh great” I thought, “I put too much pressure on the bike and ruined my derailleur”.  I as so close to home that I didn’t bother getting off to look at it since I could just sort of coast and pedal lightly to get home which I did without incident.

figured I would just bring it into MEC and have them fix whatever I needed and probably get an overhaul since it has been 6 years since I had any serious work done to it and figured it was probably due.  Before I dropped the bike off, I hopped on the bike and didn’t notice the issues I had seen previously but I felt the wobble.  I shrugged and threw my bike up onto my car and headed off to MEC as I needed some parts from them anyway.  When I got there, I explained to the tech what had happened and told him he would have to take it for a spin to see the issue.  While the tech went back to get something, I turned to look at the bottom bracket in more detail now that it was hoisted up on a bike repair stand and I then saw it.  A crack in the frame that went 3/4 of the way around the tube.  My heart sank as I knew what this meant.

I pointed it out to the tech when he returned and basically validated my thoughts when he said “Sorry bud, it’s done.”

I went in for a quick fix but ending up having to part with my trusty steed.  I wasn’t put off by it as I have had many good years on that bike (12 in all) and we’ve been many places.  The upside to this is that I will get a new bike with all the new technology I’ve been reading about and I’m not getting rid of a perfectly good bike.  This is legit.

I probably won’t buy until next season as I can take my time and read up on what it is I want plus I believe the 27.5″ bikes are out next year (the sweet spot between the 26″ and 29″ wheels sizes) so I will take a look at them though I think that I would greatly benefit from the 29″ wheels.  The purchase will be another adventure but for now, I bid my Schwinn adieu and I will make sure he goes to a good recycling shop.

Thanks for all the good rides.