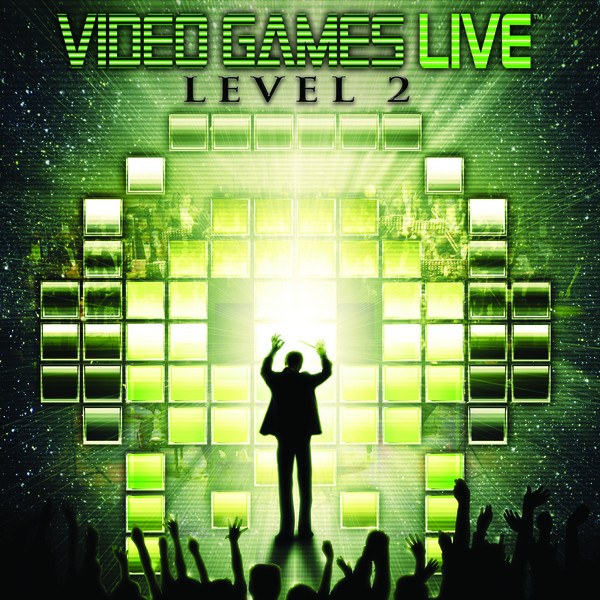 Simply put, Video Games Live is a video game music concert that includes composers, conductors, orchestras and choirs. Yes, video game music has come a long way since the beeps of Pong and Asteroids. The music that is created for today’s video games is simply amazing. One need only listen to a few tracks from games such as World of Warcraft, Skyrim, Halo, Mass Effect, Uncharted and Assassin’s Creed to understand the quality and sheer amount of effort goes into these original soundtracks (listen to a few in the player below as you read this).

Video Games Live is a traveling concert that was the brain child of Tommy Tallarico, who is a video game music composer and musician. Tommy wanted to share video game music with the world so he enlisted Jack Wall, another video game composer, to help him achieve his goal.

I missed the tour that came through Ottawa last year but promised myself that I would make it to this years tour which was is called Video Games Live – Level 2. I talked to my buddy Jonathan a few months in advance and we picked up tickets to a show in Ottawa. The day before the event, I found out that another friend of mine, Kevin, and his son were also going to be at the the show after he picked up some tickets on Kijiji. He also mentioned that a co-worker of his was going to be singing in the choir which I thought was pretty neat.

The event was held at the National Art Centre (NAC) which is typically is host to spectacles such as ballet, Broadway Across Canada shows and orchestras. I’ve been many to the NAC many times and though there is no strict dress code, people tend to dress up for but this was a very different type of show. After walking into the foyer with Jonathan, I looked around and felt like I was at comic con or something. Some people were there in cosplay and I knew it was going to be a good crowd. There were a few Marios walking around, a full cast of Team Fortress 2 characters, the assassin/thief from the Thief series and a slew of Manga/Anime characters whom I have never heard of. The gaming industry is so vast that you can spend all your time in it and still not know about all there is to know. In 2011, it was a 65 billion dollar industry and it is still growing.

We sat down in our cramped seats and saw the orchestra and choir getting ready while three massive screens above them were showing montages of video games. Soon enough Tommy came out and talked for a while and then he introduced the conductor for the evening: Christopher Tin, who won a Grammy for a song he composed for the time sucking game known as Civilization 4 (it’s one of those “Just one more turn” games). Christopher talked for a bit and then handed it back to Tommy who got things rolling. In retrospect I quite enjoyed the show and it was because of the interactivity that Tommy had with the audience. My sense of humour is a bit warped and I think gamers in general share that humour which is why I enjoyed the show so much. At one point Tommy was talking to the crowd and it went like this:

That made me laugh. At another point, Tommy was talking about the media discs they were selling that had previous shows and music that was done at other Video Games Live events:

Tommy: (to audience) Our Bluray and DVDs are being sold out in the lobby for 1/2 price.
Crowd: (guy who is sitting near me) SHUT UP AND TAKE MY MONEY!

This was not your typical NAC crowd and Tommy encouraged us to scream, yell and holler as much as we wanted and at any point during the show. Of course, people immediately started doing it and Tommy laughingly told them to stop after 30 seconds so he could finish his bit. What a facetious bunch of bastards we gamers are.

So things kicked off with the Cosplay judging competition. There were about 30 people up on stage and the winner was a great looking manga character I had never seen who looked like some kind of Chinese dragon. Jonathan and I both thought the Thief character should have won but we were in the minority it seems. Once that was done, the music started. Over the course of the night, the conductor, orchestra and choir teamed up and played songs from Castlevania, Final Fantasy, World of Warcraft (one song), Kingdom Hearts, Super Smash Brothers, Chrono Trigger, Tetris, Pokemon and Skyrim (which got a huge ovation). While the music was well done, I’m going to be honest and say that I thought the music focused a bit too much on older Japanese consoles games which is not a bad thing if you are hyper focused into that genre. I was looking more for music from games such as God of War, Halo, World of Warcraft and Portal but I guess it was done the previous year and the concert playlist was updated for their 2nd tour. The final song (during the encore) that was done made up for some of my disappointment though. “I’m still Alive” by Jonathan Coulton was performed by Tommy and Laura Intravia, who is one incredibly gifted musician/vocalist/composer that also performed several times throughout the evening. The “I’m Still Alive” song is from the ending credits of a game called Portal, which I think is one of the funniest games of all time, and it was done karaoke style where the crowd could sing along. If some people didn’t know the words (Shame on them!) then ,they could follow along on the huge screens overhead. This has been done before before but it was still awesome.

Over the course of the evening, other events were scheduled:

At the end of the evening, Tommy thanked everyone and took panoramic shot of the crowd so he could post it online. The resolution is a little low but I could make myself out if I zoomed in but otherwise it is too hard to see. I can Kevin and his son in the front row though. Score. Afterwards, we bumped into Kevin’s friend from the choir and we asked her about the experience. She said that last year when they did it, they were given 6 days notice to prepare for it (song list + lyrics). This year, they were given 2 months to prepare which was more manageable and said it was very difficult as they had to sing in Latin, Russian and Dragon (for Skyrim of course). She also said she loved it because the fans were really into it but she found it strange that people would start cheering at certain points in a song as she is not a a gamer and wasn’t sure why some parts were more momentous than others. She could appreciate it and I think she liked the fact that something she took part of had such an effect on the audience.

So, Will I go again next year? I’m pretty sure I will, I just hope the song selection is a a bit more balanced. Overall though, it was a fantastic experience and well worth the money.

Here are a few of my favourite songs from a some pretty recognizable games.